The site is located in an Industrial Sector which hosts Corporate Offices as well as Manufacturing Centres with majority of small independent buildings. The compact structure follows an unusual construction process - a top-to-bottom method to allow flexibility for the offices' layouts and create open spaces of big spans. The emphasis on the ground floor lies in the shortcut that symmetrically cuts right through the building. It richly creates a clear dialogue with one of Beirut’s largest squares, while instantly, reconnecting one with a sky lobby upon entry. Embracing all the slabs, the glass sets the illusion right for the seemingly free glass cube. Also, on the upper floors, the offices revel in an unobstructed 360 view of their surroundings. The building is planned and designed in such a way that it would out-stand the neighborhood with reference to height as well as the façade design. The south side of the building has been blocked from the harsh summer sun by aligning core areas along the south side and vertical concrete panels along the west. The north and east sides allow maximum flush of daylight inside the building. The building has its own observatory deck with a terrace garden, to enjoy the view from the top, surrounded in nature along with a gym creating a refreshing space for the user. Following the concept of a "Free Glass Cube" Wrapped By Sliced Facade, this state of the art building is a testimony of grace & sophistication. 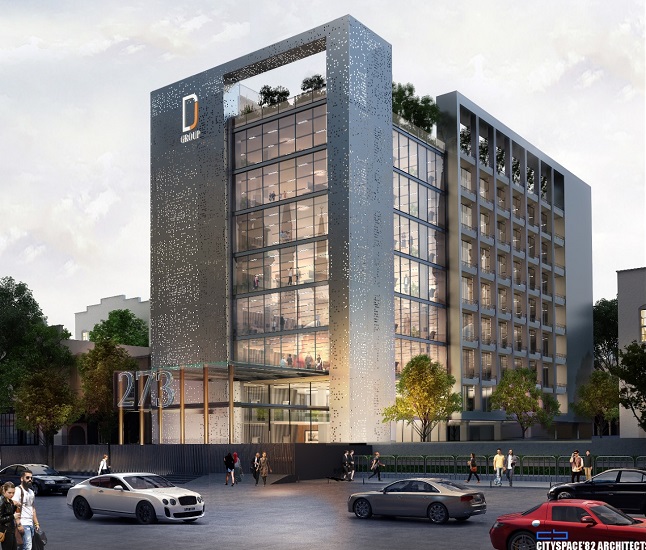